JACK IN THE BOX Menutaur Campaign 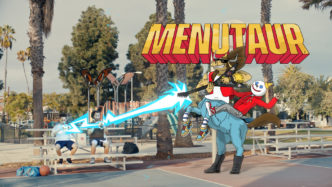 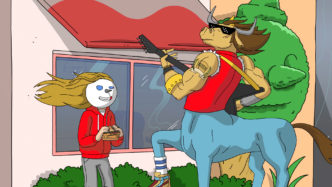 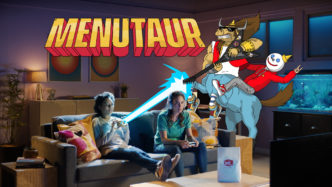 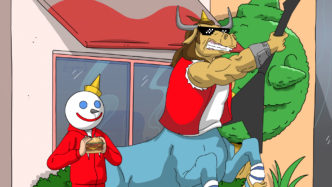 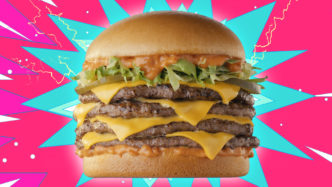 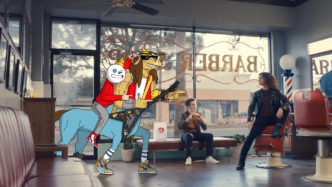 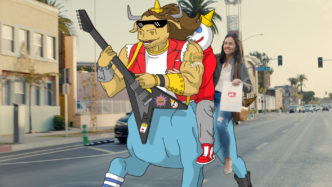 A MINOTAUR, CENTAUR AND JACK RIDE TO JACK IN THE BOX.

When our bestest friends David & Goliath called us up with the news that our animated Jack from Fuel House was going to make the jump to an all new television commercial campaign we all immediately thought – he needs a horse (true story). Not just any horse, a Menutaur, or so D&G thought. He’s not extra whatsoever – he’s simply part Minotaur, part Centaur with an electric guitar that shoots lasers while Jack rides him. Ok so he is 100% extra and the only solution to the customers demand to hack the menu with extra goodies. Makes sense right? The campaign was going to consist of 4 live action / animation hybrid spots, and 4 full animated spots. Let’s take a look at his origin story.

We kicked off this wild campaign with an extensive deep dive into rock n’ roll, wrestling, animal hybrids and lasers. This all lead us to creating the look for Menutaur. Now first take in Menutar in all his glory! After you catch your breath then take a peak at some of kickass design that was left on the drawing table before settling on the final design. We personally hope the Princeutaur rocking’ the quad-guitar  makes an appearance somewhere down the line. Bringing Taur’ to life required more then endless Tiny Tacos and Cheeseburgers. It required character turnarounds, mouths shapes and expression sheets for you animation nerds out there. WHERE DOES HE GO?

In the real world Menutaur has been known to kick it at barbershops, local basketball courts, bus stops and even in your living room. While those locations were handled with a live action shoot, we needed to create a Jack in the Box location for the fully animated spots. Take a peak at the final restaurant design. 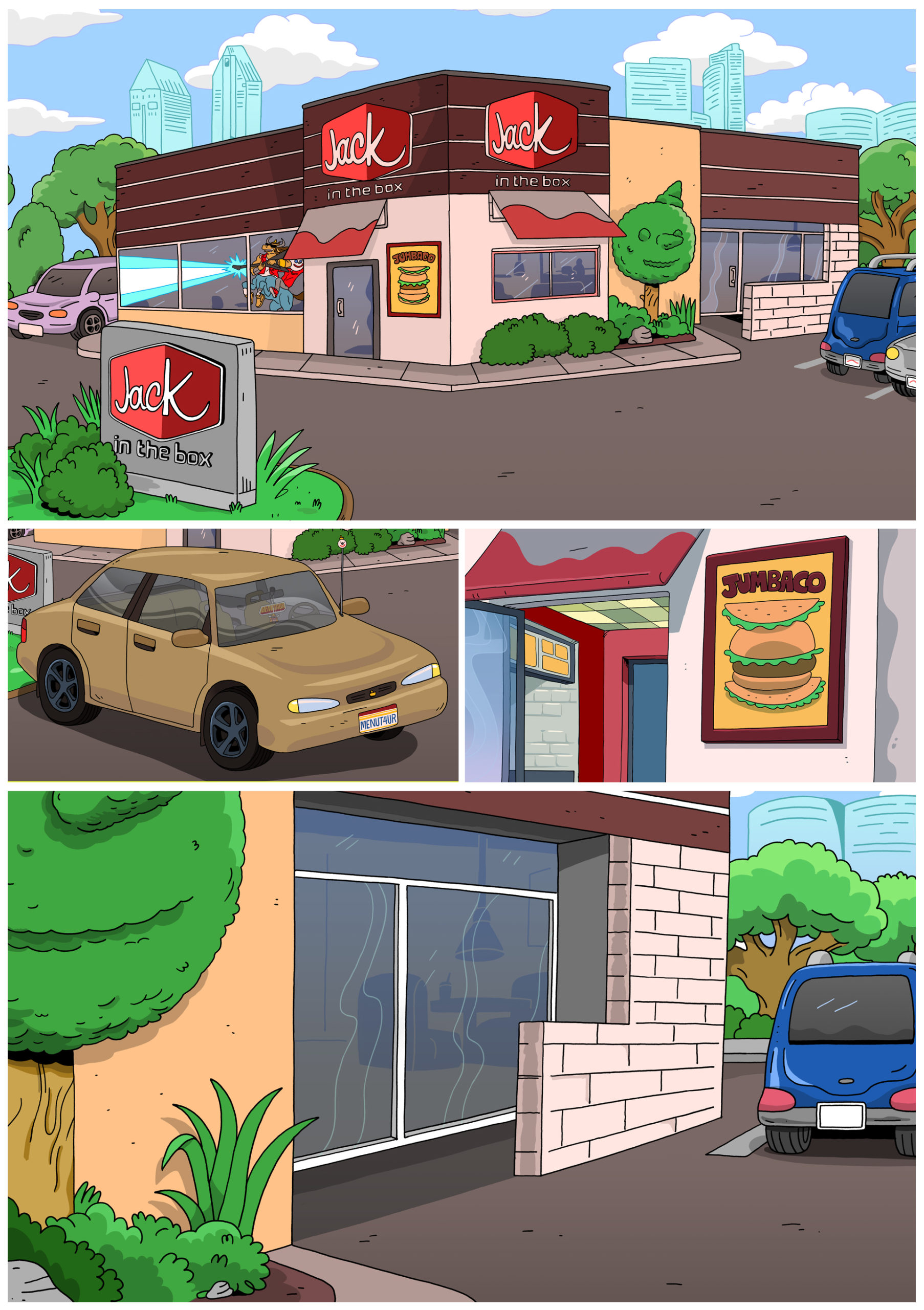 While we can’t officially answer that question, we can say he’s been spotted in the wild doing weird stuff. If you spot him can you let him know he owes us $40. Here are some BTS shots from the shoot. 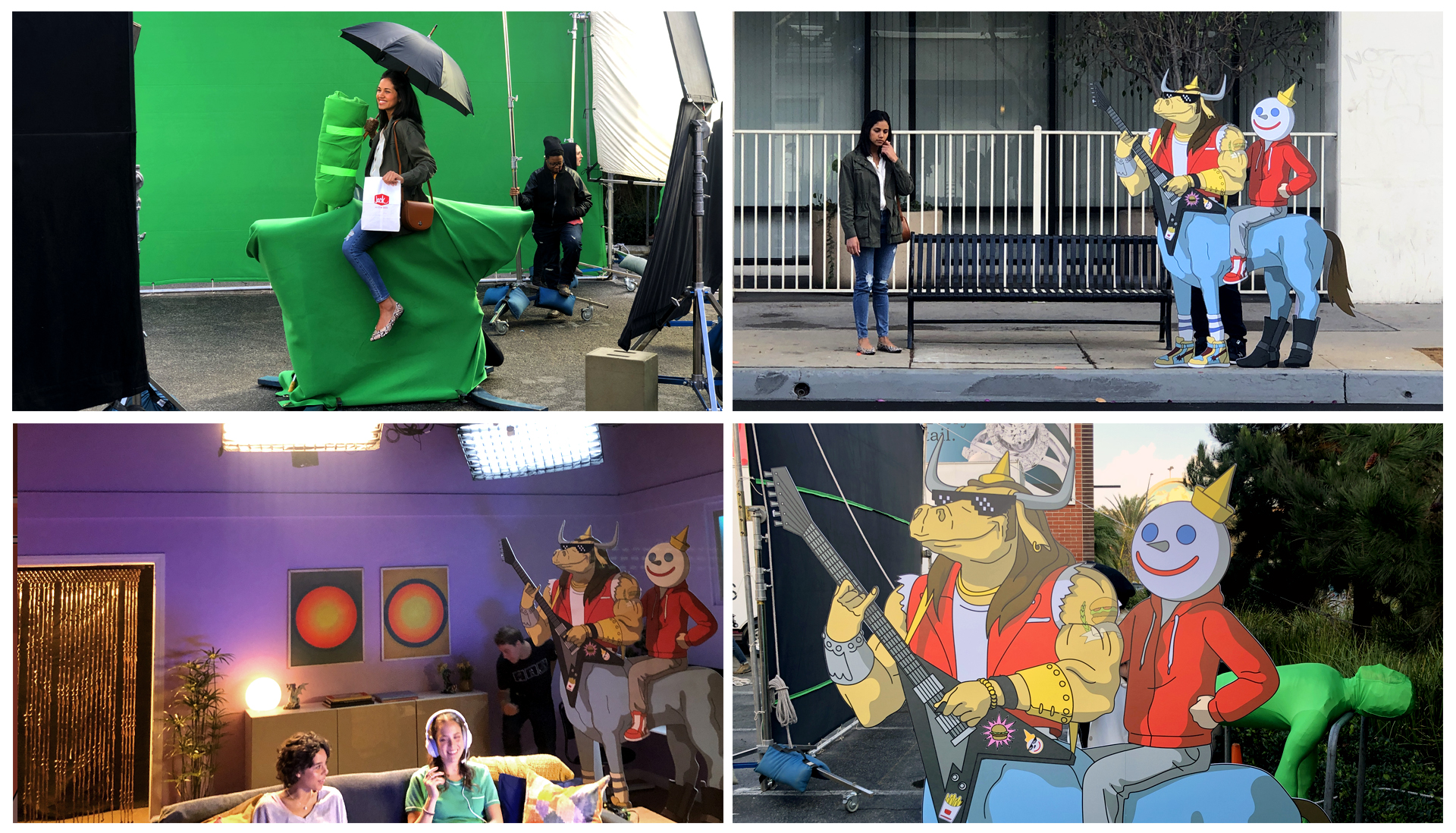 JUMANJI The Next Level